Are you prepare for Brexit? 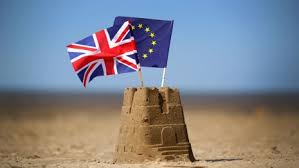 On June 23, 2016, the United Kingdom decided in a referendum to leave the European Union. As a result of this decision, a whole series of mechanisms were put in place to assess and quantify the impact that may be made of this fact, beyond the decline and weakening of its currency.

The Brexit must be effective on March 29, 2019 at 11:00 p.m. Until that date, the United Kingdom and Europe must agree on the terms of divorce. What debt is assumed, what happens with the northern border of Ireland or how all British residents in the European Union are recognized.

Many will be the repercussions and consequences of Brexit. But we want to analyze how Brexit can impact on our tourism. What will affect the English population when it comes to going on vacation? Can it affect the overnight stays of European destinations?

For a tourist area where the English are the second country just behind France, the worries are obvious. With revenues of 1,600 million euros, Catalan tourism is aware of the possible repercussions.
The British government’s internal report on the consequences of its departure from the European Union forecasts a drop in its economy of between 2% and 8%. This decline in GDP will have a direct impact on the purchasing power of the population that will be proportional. Less purchasing power lower consumption or consumption cheaper.

Moving to travel could mean that British tourists make fewer departures, but what is certain is that their cost at source and destination will be lower in revenues in areas where UK investments are higher. This is the case of the area of Murcia and the Balearic Islands.

According to the economic study of the United Kingdom, the economic impact of Brexit on the total of the Spanish economy will be -0.75% for -10.80% of Ireland or -5.8% of Germany.
Despite the decline expected in different economic reports, the impact of expensive tourism in 2018 should not be too great. The population of the United Kingdom will continue to travel although, surely, the destinations will be modified based on the particular impact of the decline in GDP.

We aspect a considerable increase in overnight stays, from 34% to 46% of Britain people spending their vacation inside de UK. Camping and glamping establishments in the United Kingdom have prepared a very specific offer to retain British tourism.
At the same time, the big European operators have sought out destinations with more accessible offers. If you do not consider the quality of the service can work, but within a period not too long this offer does not have a future. When a tourist is accustomed to a certain service he will not give it up. It would be a big mistake to reduce prices or make offers outside the market to retain this segment. If we apply this strategy our margins will not be able to withstand the necessary increase to improve the facilities every season.

But not all are bad news.

Since the beginning of Brexit, air fares have fallen 54%, so United Kingdom citizens have good prices to move around Europe.
It is necessary to take into account that the measures of the Brexit will not be on immediately. By June 2019, I do not believe that the 759 treaties with the 168 different countries are all signed. This fact suggests that the real repercussions will not be immediate.
The camping sector is very well regarded among the British. Knowledgeable about the quality of the facilities and services compared to the alternative destinations that the operators pose.
We have time to implement corrective measures for overnight stays that will supposedly be reduced in a few years when Brexit is a real theme.

There are no alarms or excessive actions at this time. We’ll have a 2018 better than the past with a predicted UK tourists increase. Surely not in the same percentage as in the last two years but will continue to be positive.
We need to take measures in the next seasons; Diversify the promotion according to origin. Offer specific packs for specific seasons. Specialize accommodations, etc.

Each establishment must study and assess the possible impact of Brexit in its management economical state. Done this step, I believe that, the vast majority, will not enter on the state of alarm.

This Website uses its own and third-party cookies to ensure the best user experience. If you do not change this configuration, we understand that you accept the use of them. You can change the configuration of your browser.